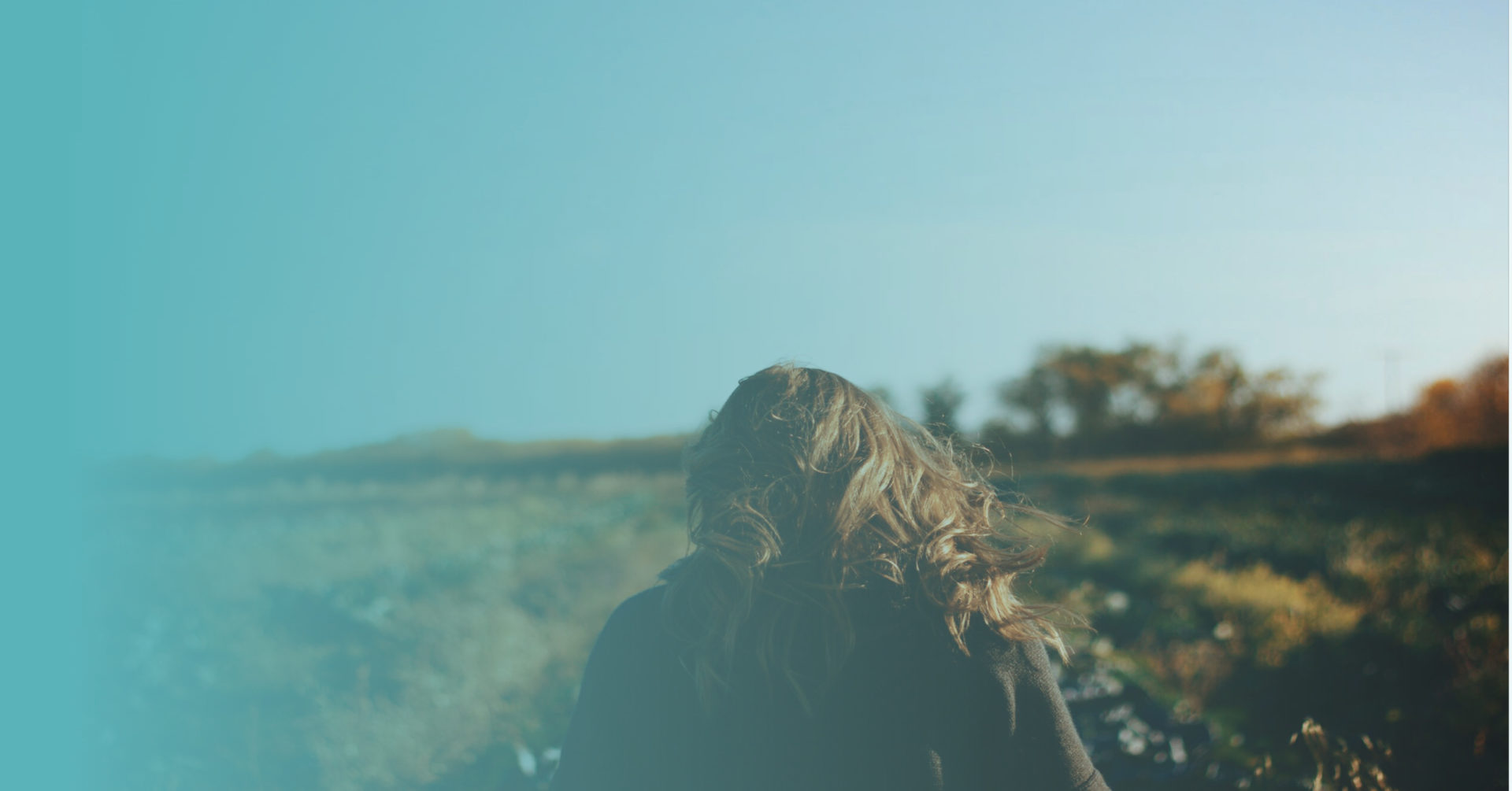 And the Word of the Year Is… “Resilience”

Last month, Collins Dictionary unveiled its word of the year: “lockdown,” defined as “the imposition of stringent restrictions on travel, social interaction, and access to public spaces.” As Collins explained: “We have chosen lockdown as our word of the year because it encapsulates the shared experience of billions of people who have had to restrict their daily lives in order to contain the virus. Meanwhile, Merriam-Webster went with “pandemic,” with runners-up “quarantine” and “asymptomatic.” The Australian National Dictionary chose “iso,” an abbreviation of “isolation.” And the Oxford English Dictionary, instead of choosing a single word, issued a 38-page report analyzing the use of dozens of words, including “coronavirus,” “doomscrolling,” “social distancing” and “systemic racism.” “Given the phenomenal breadth of language change and development during 2020,” the report explains, “Oxford Languages concluded that this is a year which cannot be neatly accommodated in one single word.”

I disagree. There is a single word that sums up 2020 and does encapsulate, in a deeper sense, the shared experience of billions of people this year. That word is “resilience.” The Oxford Dictionary defines it as “the capacity to recover quickly from difficulties; toughness. The ability of a substance or object to spring back into shape; elasticity.” It’s that quality that allows us to overcome challenges, obstacles, hardship and adversity, instead of being defeated by them.

Resilience is often spoken about — including in the Oxford dictionary definition — in terms of navigating or simply getting through challenges. But the key part of resilience isn’t about bouncing back, it’s about bouncing forward. It’s about using adversity as a catalyst to get better and become stronger.

Of course, we’ve always needed resilience. But what we’ve learned in 2020, at both the individual and collective levels, is that at a time of so many losses and such deep uncertainty and anxiety, we simply can’t do without it. Right now we’re all waiting for a vaccine to bring the pandemic to an end. But our challenges won’t end when the pandemic does. And resilience is the vaccine we already have — it’s our immune system for life. Just as with our body’s immune system, the hostile agents are always there and always coming at us. Resilience allows us to tap into deeper resources in ourselves we didn’t even know we had, not just to overcome the obstacles but to be transformed by them.

Certainly it’s not hard to see the urgent need this year for resilience. In response to a devastating second wave of COVID-19, the State of Victoria has experienced Australia’s most extended period of lockdown and the largest economic fallout.

Just days after Melbourne and the Mitchell Shire went into lockdown for the second time in July, Lifeline reported a 22% spike in calls from Victoria, compared with the same time the previous year. By August 2020, the Victorian Government reported a 33% increase in people being treated at emergency departments for intentional self-harm, and calls to support lines such as Lifeline and Beyond Blue doubled.

Whilst throughout Asia a Mercer survey revealed more employees are reporting high stress levels since the start of the pandemic. It said the percentage of senior management who reported experiencing high levels of stress jumped from 9 percent to 33 percent. For those in Sales roles, from 9% to 37%.

These are depressing numbers, but an important thing to remember is that though our need for resilience is endless, so is our capacity for it. It’s not a finite resource, or a quality we are born with that we cannot develop later in life. But as Norman Garmezy, a psychologist at the University of Minnesota and a pioneer in studying resilience, found, there are “protective factors” that make some people better able to handle adversity than others. Indeed, Emmy Werner, a researcher at the University of California, Davis, followed high-risk children for 32 years and found that the resilient children, even as toddlers, “tended to meet the world on their own terms.” However, as Maria Konnikova wrote in The New Yorker, “some people who weren’t resilient when they were little somehow learned the skills of resilience. They were able to overcome adversity later in life and went on to flourish as much as those who’d been resilient the whole way through.”

So the power to build resilience is within us; just as we can learn other skills through practice, we can teach ourselves to be more resilient. “We can make ourselves more or less vulnerable by how we think about things,” George Bonanno, a clinical psychology professor at Columbia Teachers College, said. “Events are not traumatic until we experience them as traumatic.” Or, as Montaigne put it, “There were many terrible things in my life, but most of them never happened.”

Though the science unpacking the psychological and neural mechanisms of resilience may be recent, in many ways, it’s confirming a concept that’s been at the heart of spiritual and philosophical traditions for millennia. In the Bible, we’re told that “God gave us a spirit not of fear, but of power and love.” Lao Tzu, the 6th century B.C. founder of Taoism, taught us that “if you correct your mind the rest of your life will fall into place,” and that “knowing others is knowledge, knowing yourself is wisdom,” while in the Bhagavad Gita, we’re reminded that “happiness arises from the serenity of one’s own mind.”

Stoic philosophers understood this well. As they have taught us, while we can’t control what happens in the external world, we do have control over our inner world and how we respond. For Epictetus, this meant that “men are disturbed not by the things which happen, but by the opinions about the things. In other words, do we see crises solely in terms of the havoc they have wrought, or also as opportunities to get stronger and grow?

Science has confirmed everyday ways to nurture our resilience through sleep, taking time to unplug and recharge, gratitude, social connection and the belief in something larger than ourselves. In an interview about her work on resilience, Emmy Werner talked about the role spirituality plays. It’s not about any one organized religion but what “faith provides for you as an emotional support, as a way indeed of making sense of your life and your suffering, and also as a way to help you become a chain that you yourself give back something to others who have given to you. That’s a very, very important part of the community of faith that should be more appreciated by people that either want to foster resilience or study it.”

If you’ll forgive a proud mother moment, my daughter Isabella has written about the connection between pain, resilience and spirituality in her first book, Map to the Unknown, which was released as an Audible Original last week. It chronicles the story of what happened after she was hit by a bike in the streets of New York. What began as a concussion became three years of debilitating pain, but also a transformative emotional and spiritual journey of learning to trust the universe and her inner voice. “When something senseless happens that our minds can’t explain or justify or control, it’s a fork in the road, a moment of choice,” she writes. “One fork is to go into despair and cynicism and raging at the universe (which is the route I first chose), or if you never believed in anything as amorphous as God or the universe, you can double-down on how meaningless life is. Or you can choose the other fork: starting the journey to finding deeper meaning in even the most senseless events in your life. You can let your loss and pain be the catalyst that divests you of whatever is not needed and takes you to the core of who you are.”

This has been a tragic year for so many — a year of so many losses and so much grief. And yet, what the science and wisdom of resilience show us is that, as horrible as this year has been, the long-term impact on both our individual and our collective lives is not predetermined as a society is not fixed. This has been a year in which we’ve learned what we need and what we don’t need, what adds value to our lives and makes us stronger, and what depletes us. By tapping into those parts of our lives that many of us were ignoring or not tending to before this year, we can nurture our resilience and create a new normal for 2021 — one that’s not simply going back to the pre-pandemic status quo, but one that’s a better normal. It’s our resilience that offers us a chance at true transformation, allowing us to go deeper, connect with what we truly value, grow and expand.

It’s a common refrain on social media to want to say goodbye to 2020. But our goal should be more than to just get through 2020, which will pass no matter what we do. The new year will inevitably come, but what kind of year will it be? What lessons will we carry with us to shape it into a year of hope and possibility? How will we have been transformed based on what we have experienced? That is up to us. And the more we summon and strengthen our resilience, the more we can bounce forward into a new and better year.

—First published on December 4, 2020 at https://thriveglobal.com/stories/arianna-huffington-resilience-word-of-the-year-2020/?utm_source=Newsletter_General&utm_medium=Thrive

Arianna Huffington is the founder and CEO of Thrive Global, the founder of The Huffington Post, and the author of 15 books, including, most recently, Thrive and The Sleep Revolution. In 2016, she launched Thrive Global, a leading behavior change tech company with the mission of changing the way we work and live by ending the collective delusion that burnout is the price we must pay for success.

She has been named to Time Magazine’s list of the world’s 100 most influential people and the Forbes Most Powerful Women list. Originally from Greece, she moved to England when she was 16 and graduated from Cambridge University with an M.A. in economics. At 21, she became president of the famed debating society, the Cambridge Union.

She serves on numerous boards, including Onex and The B Team.

Her last two books, Thrive: The Third Metric to Redefining Success and Creating a Life of Well-Being, Wisdom, and Wonder and The Sleep Revolution: Transforming Your Life, One Night At A Time, both became instant international bestsellers.