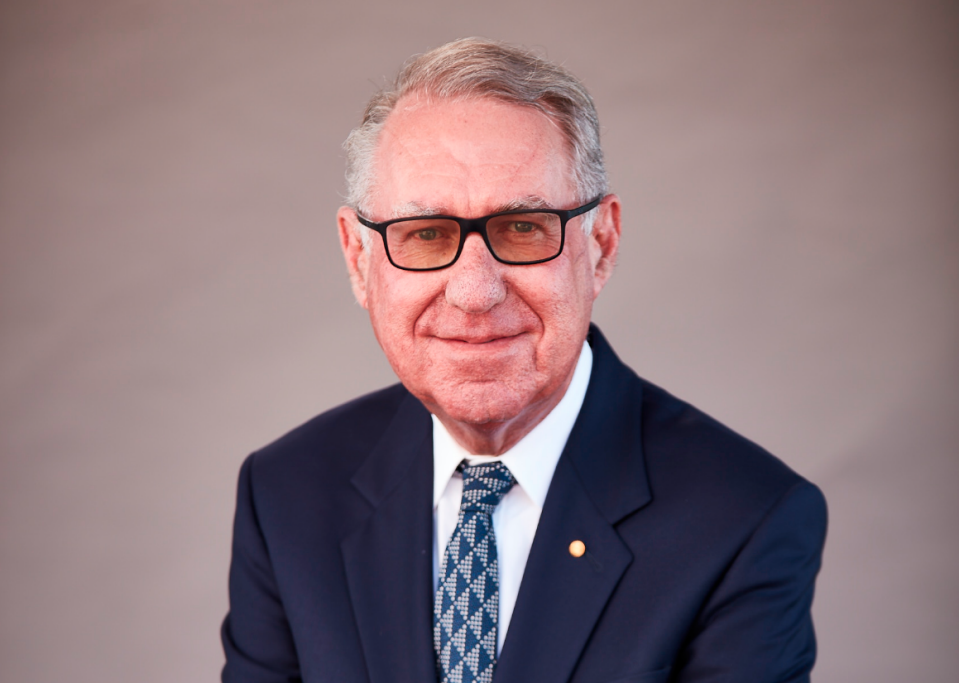 Leaders should expose their insecurities and use them to their advantage, rather than trying to pretend they don’t have any, according to former ANZ Bank chairman David Gonski.

Speaking at Talent’s Human 2 event, in partnership with Yahoo Finance, Gonski said the best leaders dealt with the COVID-19 pandemic by embracing their fears and vulnerabilities.

“We’re all insecure, but trying to hide it in leadership is a mistake,” he said.

Dubbed ‘Sydney’s most networked man’, the 67-year-old has a busy schedule as chancellor of the University of NSW and president of the Art Gallery of NSW Trust, as well as a litany of other board commitments.

But even Gonski has never faced a pandemic before. On Wednesday, he shared the personal leadership lessons he learned from COVID-19.

On showing your insecurities

The belief that leaders don’t have insecurities is old-fashioned, Gonski believes: expectations have changed since then.

If leaders 40 years ago had insecurities, no one ever saw them. But now, people “actually want to see the human”, Gonski said.

“You cried during soap operas – you didn’t cry as a leader.”

Gonski gave the example of when then-Prime Minister Bob Hawke famously cried on national television during a speech condemning the Tiananmen Square massacre in June 1989.

The following year, Hawke won the 1990 Federal Election, “because he showed he was a very sensible and sensitive person, which he was”.

“I think the importance as a leader of showing your humanity, your authenticity is terribly important.”

Gonski found that when he celebrated his insecurities, it was the right decision because it helped him form a bond with others who had similar insecurities.

“The fact that you’re human allows you to build trust, and trust is the essence of what we do.

“So I would strongly advocate that being insecure is fine, you’ve got to live with it. We’re all insecure, but trying to hide it in leadership is a mistake – you’ve just got to know when it is appropriate. And sometimes, you know, it is more appropriate than you think.”

On how to use fear to your advantage

“Often pain comes, and you can take paracetamol or whatever, and it’s gone. But it also might be telling you that perhaps you shouldn’t run so fast, or it might tell you that you should breathe more or relax more. And I think that’s the same with fear,” he said.

“I believe bad leaders fear nothing.”

Gonski doesn’t look highly upon leaders who don’t see the negatives and don’t feel some fear. Instead, he believes fear should be a motivating force.

“You plan more. You probably get up earlier in the morning to think through the issues. You value people more who help you through the fear, and you identify more with your staff.”

A leader who would declare they feel no fear while the rest of the population feels scared is “ridiculous,” he said.

“I believe the world today, whether they’re in business or politics, rewards the person who’s honest.”

Echoing Gonski, fellow panellist and Salesforce CEO Pip Marlow said it was a mistake to ignore fear and let it build up.

Marlow learned to deal with a personal fear – flying – by keeping one key thing in mind.

“I always try to remember fear is a feeling, not a fact,” she said. On the plane, Marlow’s stomach turns – but she’s aware that she’s not hurt. “I’m experiencing a feeling,” she said.

“It is okay to acknowledge how you are feeling right now.

“Recognise it is a feeling, and then decide what is more important.”

Also speaking on the panel, Talent Australia CEO Mark Nielsen said one of the earliest things he tried to for his staff during the pandemic was determine which fears were irrational.

Nielsen, who has been named CEO of the Year, said his employees were chiefly concerned about three things: their jobs, their mental health, and the viability of the business.

The first thing was to make the transition to remote work as easy as possible, which largely took care of the first two concerns.

Secondly, the company did some forward-planning, including mapping out what would happen if the company lost 50 per cent of its business.

In that worst-case scenario, Talent outlined that its senior leaders would take a 70 per cent pay cut; some earning below a certain threshold wouldn’t take anything; and sales consultants, who had to do much of the heavy lifting, would not see any cuts to their commission or salary at all.

Ultimately, the forward-planning helped the company keep jobs as secure as possible.

“If you don’t have the fear, then you’re not going to plan in detail as to what the scenarios are going to be and how you can do them,” said Nielsen.

On effective leadership during a crisis

‘Pessimistic optimism’ is the term Gonski uses to describe how the best leaders navigated the pandemic.

“They felt we could get through this. But they weren’t stupid that they would just do nothing,” he said. “They did things, they made plans, they made decisions, but they didn’t just say, oh this is all too difficult, we’re going to die.”

When the pandemic hit, Gonski observed many business people become “immediately” pessimistic, with many of his acquaintances describing this as “the end of the free world”.

“Well, I don’t agree with that,” he said. “You must be pessimistically optimistic.”

The opportunities are there if you want to see them, he said. “We must carefully plan.”